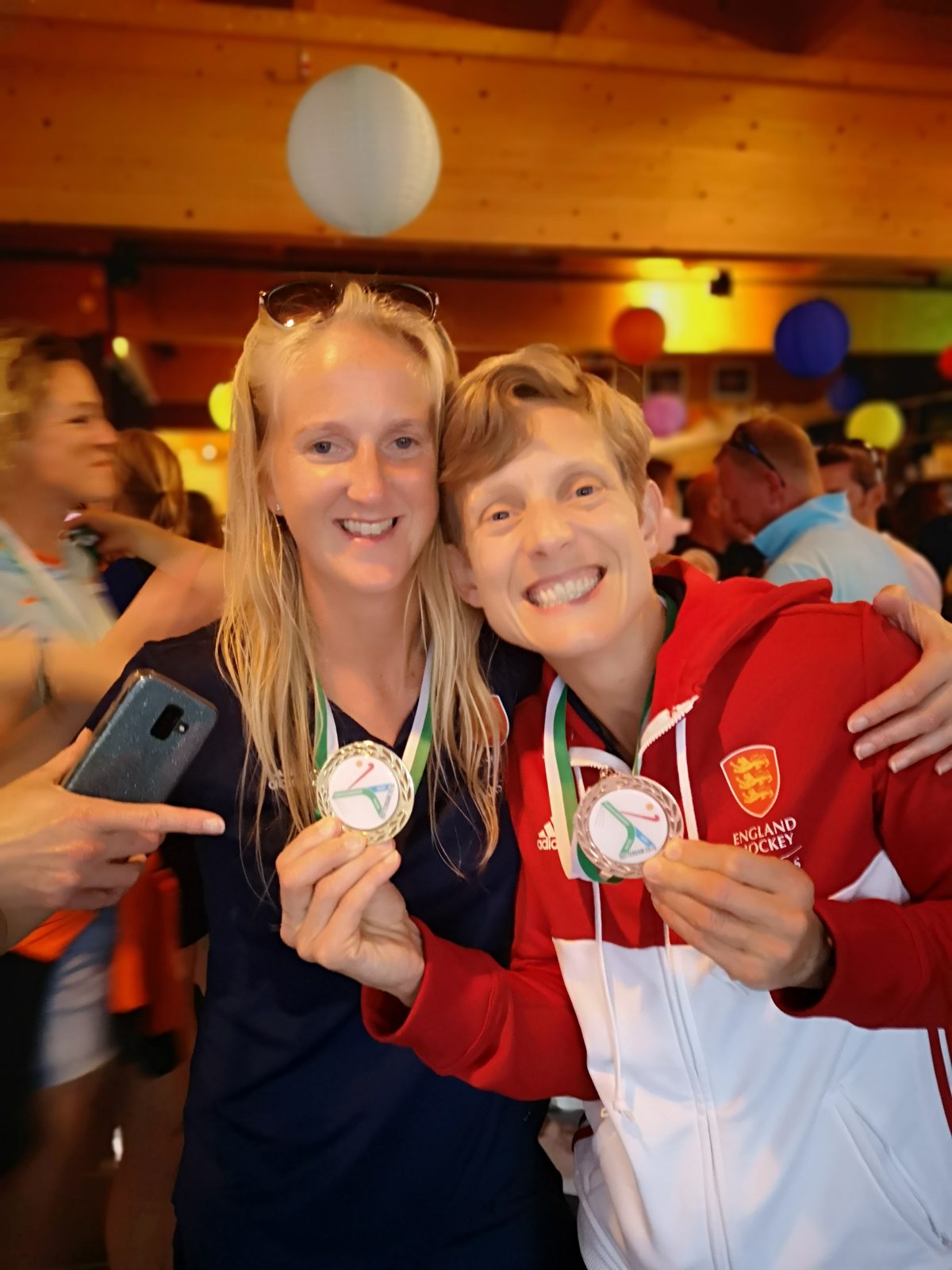 Held at HC Rotterdam, the week long tournament involved men’s and women’s O35s, O40s and O45s teams from across Europe including an invitational O40s women’s team from Ghana.

Co-captaining the O35s, Sarah Cockayne and team sealed an emphatic win against Wales (6-0), produced an incredible team effort to beat the Netherlands (2-1) and were victorious against Spain (3-2). With the team on a winning streak, the final match of the round-robin tournament was against Germany and medals were up for grabs. Could they retain their number one spot from the World Cup last year? The deadlock was broken in the 21st minute with Sarah scoring a penalty corner. She came up trumps again in the 57th minute with the decisive winner helping clinch the gold medal in 3-2 win!

An integral member of the O45s, Penny Woods and team were drawn in Pool B alongside France, Ireland and Germany. Confidence was at a high after a great 3-0 win over France in the first match. Next up was a tightly fought match against Ireland ending in a 0-0 stalemate and they narrowly lost 2-1 to Germany. The Netherlands were waiting in the semi-final (a repeat of last year’s World Cup final). A tense match and with England 1-0 up for the majority, the Netherlands equalised with minutes to spare. A shoot out ensued, with the Dutch winning 2-1. They went again with heads held high and all to play for in third place play-off match against Germany, which also went to shuffles after a 1-1 draw! This time, England were triumphant, clinching the bronze medal with a 4-2 win in the shootout.

The months of hard work have paid off and we’re all really proud of you both. Congratulations and amazing efforts on your well earned gold and bronze medals Sarah and Penny. We trust you celebrated well!

A full round up of England’s success at the tournament can be read here on the England Hockey website…https://tinyurl.com/y6lqk5ud

​Epsom HC welcomes hockey players of all abilities. If you’re looking to join a fun, social and successful Club, then get in touch and follow us on social media!