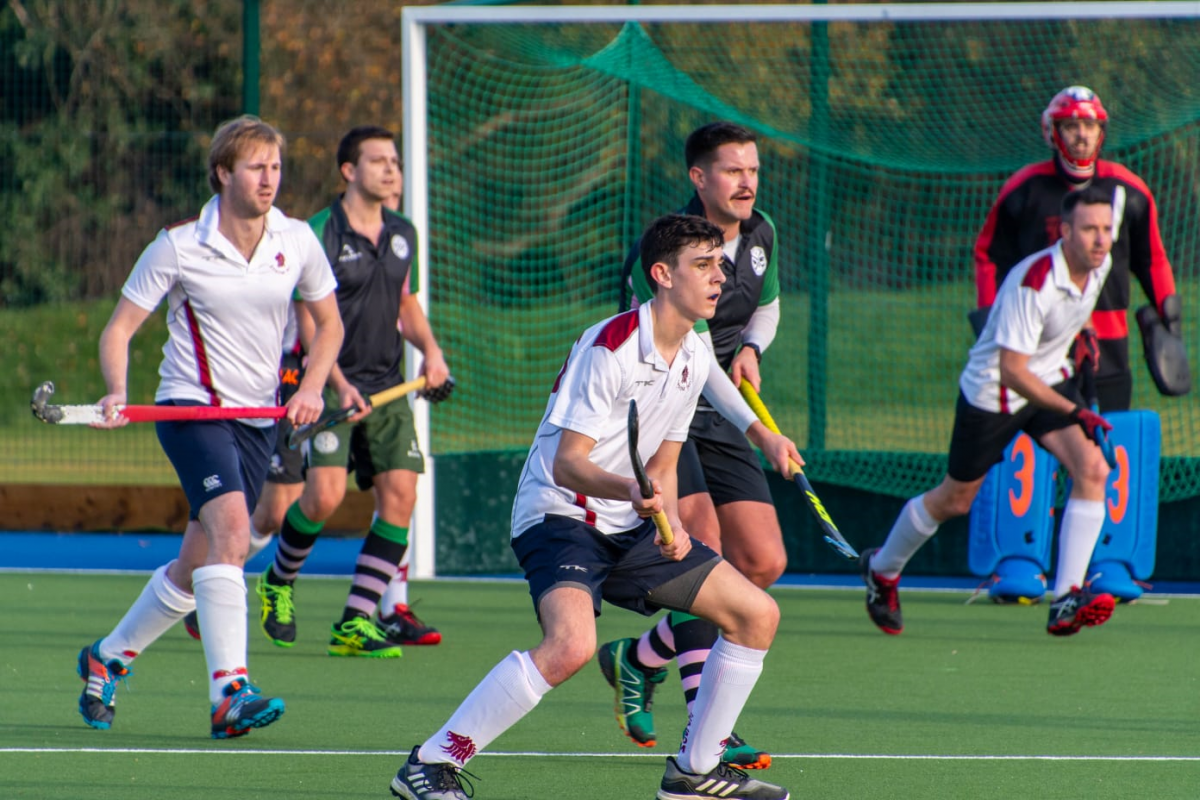 Epsom 2s entertained high flying London Gamblers 1 at OSL on 20th November. Extraordinary events the previous evening had left Epsom with significantly less players and their original game plan in tatters. No matter – a few WhatsApps later and the squad was back up to a full quota. Well nearly – Hildrey spending the first half selling Christmas trees.

A focussed team talk from manager Sean Curran later and the boys were ready for the game.  Gamblers, fresh for their motivational warm up beat-box routine, started the match the stronger, playing with purpose as they dominated territory from the outset. Wave after wave of Gamblers attack was blunted relatively comfortably by an organised Epsom back four. As the game progressed Epsom started to have some attacking success and forced a short corner on 15 minutes. The resultant power drag flick routine from Cooper was pushed back out to Hosken who knocked in the rebound to give Epsom a 1 nil lead.

The goal gave Epsom confidence to push forward but they were made to pay as a slick Gamblers counter led to the equalising goal shortly before half time. The half time team talk majored on Epsom keeping things tight and not conceding again in the knowledge further opportunities would arise to unlock the Gamblers defence. Some enforced changes later – Bell to a child’s birthday party replaced by Hildrey and the 2nd half got underway.

Gamblers looked the more likely to break the deadlock but found Ed Pittam, on his 2s GK debut, looking assured as he made a series of excellent saves. With Pizzy, Harrison and power dibbler Harmsworth in attack Epsom always had a punchers chance of delivering the knockout blow. Sure enough in the 60th minute Harrison dribbled round a series of Gamblers and Epsom players, faked to pass, before hammering home a tomahawk effort into the top corner.

The goal broke the spirit of Gamblers and a few monster aerials later Epsom had sealed a good win against a well drilled Gamblers side.