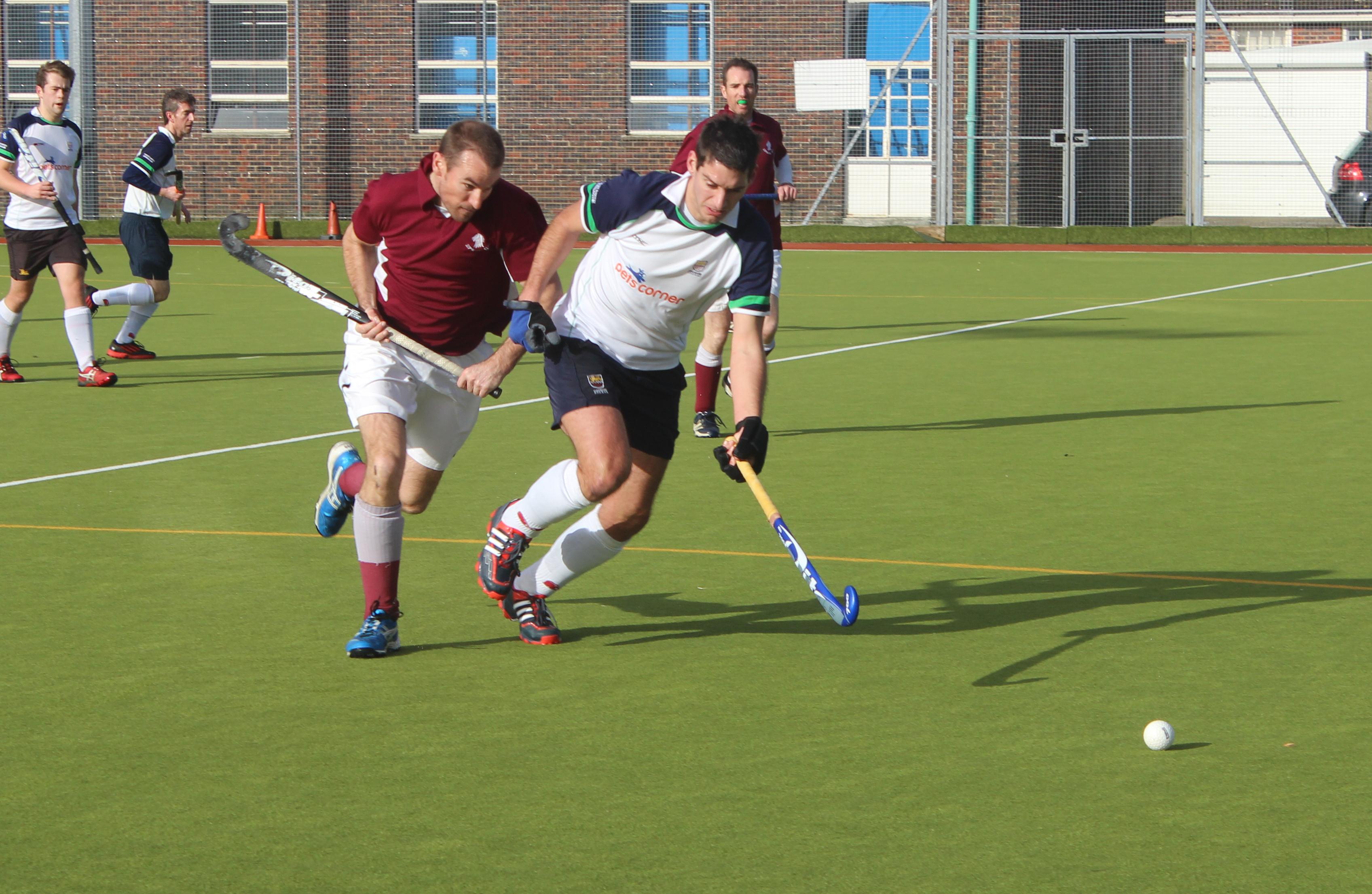 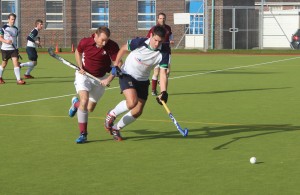 Epsom succumbed to a last-gasp equaliser as a thrilling game with Bournemouth ended 4-4 at Therfield School.

Bournemouth’s young, skilful team started the game fast but Epsom hit back with a triple strike in the first 10 minutes. First, James Midmer turned home a rebound from Paul Atkinson’s shot for 1-0,  then Ben Hildrey drilled home a short corner for 2-0, and Mike Atkinson then led intelligently onto a pass from James Harris to round the ‘keeper and roll home for 3-0. Bournemouth had looked dangerous and on 20 minutes made it 3-1 when their short corner striker evaded two tackles and slapped home. The tempo of the game was fierce with both sides spraying the ball around at pace. Epsom took a 4-1 lead when Mike Atkinson brilliantly chased down Scott Barton’s aerial ball and somehow rolled the ball home from a tight angle. Right on half-time Epsom won a short corner and brought all 10 players up but couldn’t convert.

Epsom started the second half well with both Midmer and Ben Hildrey going close in the opening 5 minutes. Bournemouth kept coming and midway through the half the visitors converted through a swift counter-attack and fierce shot for 4-2. The remainder of the game was now set with Epsom defending the lead and Bournemouth pressing hard. Epsom defended solidly, with some sharp stops from Ed Burton-Brown, but with 6 minutes to go Bournemouth won a short corner from which a rebound was fired home for 4-3. Right on full time, Bournemouth won the ball in the left corner and a fiercely struck cross evaded everyone except a lurking forward who converted at the back post. Just 5 seconds remained and the points were shared, a justified result on the balance of play, though Epsom were obviously disappointed to have not held out. The side next week travel to Basingstoke for what looks set to be another tough game.