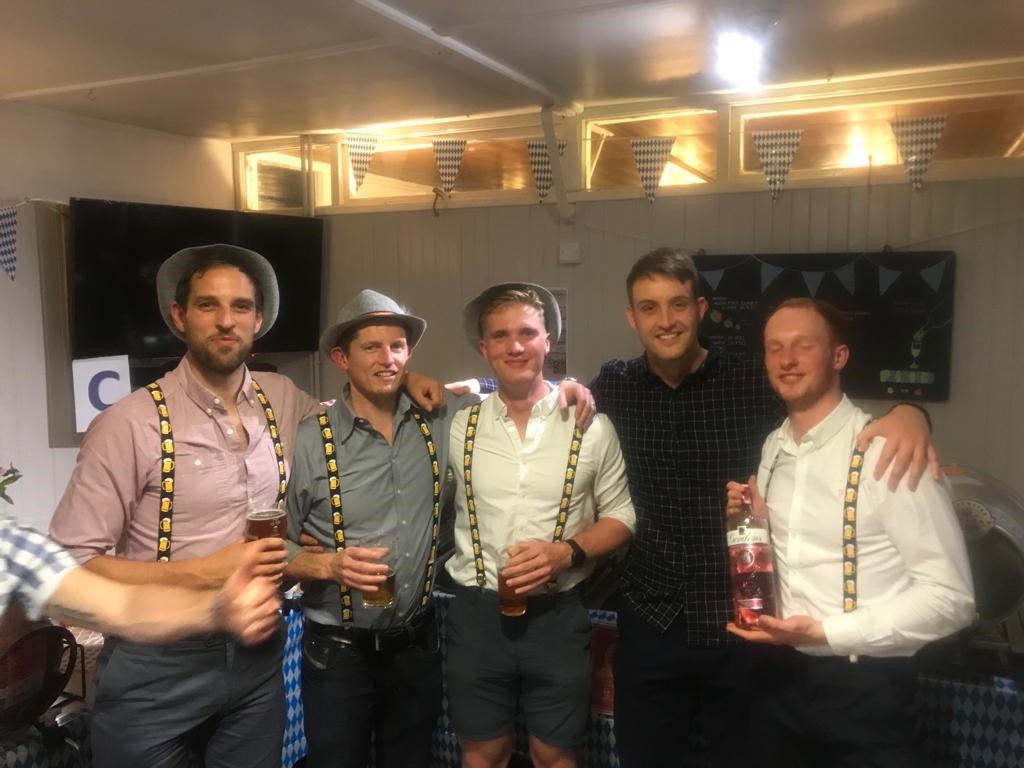 Epsom recorded their first win back in the South League with a 7-3 win against Horsham in front of a packed crowd at Old Schools Lane.

Epsom endured a frustrating first half, they applied some early pressure but Horsham defended tightly and scored two well-worked counterattack goals. Epsom went in 2-0 down at halftime and it looked like it could be a frustrating afternoon

The second half saw a complete turnaround; straight from the start James Midmer drove forward and found Adam Barker who crashed home a fierce drive for 2-1. Straight from that re-start Epsom robbed the ball and flooded forward with Jack Marfleet tipping home for 2-2. Soon after, another turnover saw Barker play in Midmer to make it 3-2, and the same combination then made it 4-2. The hard-running Giles Baker was next in on the act, forcing another turnover and finding Barker, whose pinpoint return-pass enabled Baker to fire home emphatically for 5-2. Epsom were flying now and the goal of the game followed; Paul Atkinson slinging a fantastic diagonal long ball into Barker whose clever dummy let it run to Steve Turnbull who smashed home for 6-2. Horsham kept going and made it 6-3 with a neat reverse-stick finish with 8 minutes to go. Just before the close Turnbull jinked through down the left and found Midmer who played in the onrushing Baker to convert his second for 7-3.

Whilst this result would have been scarcely credible at half-time, Epsom showed good character to seize back the initiative and played with accuracy, energy and intensity. The side celebrated with a decent turnout and costume effort at the Oktoberfest social and will hope to improve ahead of next week’s game to Old Georgians’ 2s.