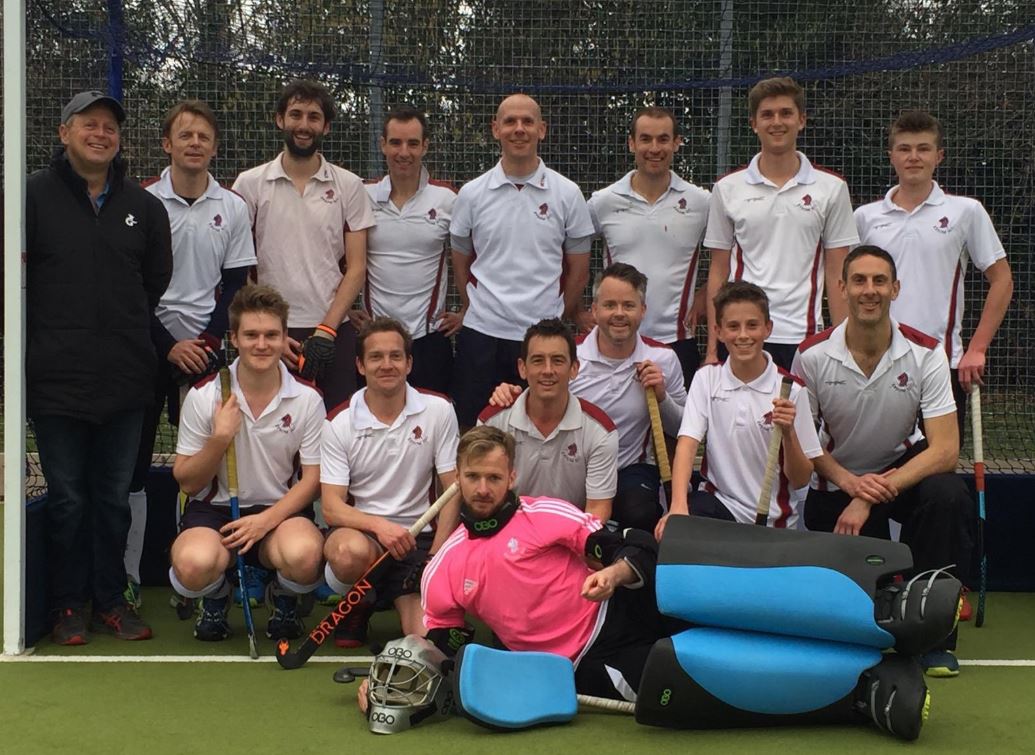 The Men’s 1s came through a tough test with flying colours on Saturday, winning 6-0 away at Haslemere to set up a promotion and title push. The match started with a very even 10 minutes but Steve Turnbull soon started to influence proceedings on the right and won a series of short corners. Two came and went but from the third James Hunt reacted well to play in Paul Atkinson to score from close-range. From Epsom’s fourth short corner Jack Marfleet’s low dragflick was stopped by a foot on the line for a penalty stroke. Up stepped Marfleet but the normally reliable set-piece taker saw his flick saved. Epsom applied pressure in the run-up to half-time but a few crosses and half-chances flashed by and they were 1-0 up at half time.

Epsom moved up a gear in the second-half with wave after wave of attack forcing a string of saves from Haslemere’s keeper. It was starting to look like a frustrating afternoon but on 50 minutes Marfleet forced a turnover and found James Midmer who deflected home first time for 2-0. Two more miracle saves from Haslemere’s keeper followed before the tall figure of Alex Bond strode forward from left-back and found Will Hunt, who spun and smashed home for 3-0. This goal finally opened the floodgates; soon after, Turnbull cut in from the left and fired in a rising shot which was brilliantly pulled down and converted by Will Hunt for 4-0. Another Epsom short corner then saw Midmer deflect home for 5-0. Just before the close, Will Hunt stole the ball high up and fed Midmer, who linked up neatly with Marfleet to make it 6-0.

This was a really good performance from Epsom who were strong in possession, worked hard all over the field, and kept their nerve, despite missing chances. The side play London Edwardians 2s next week at home at Old Schools Lane and all support would be really appreciated.