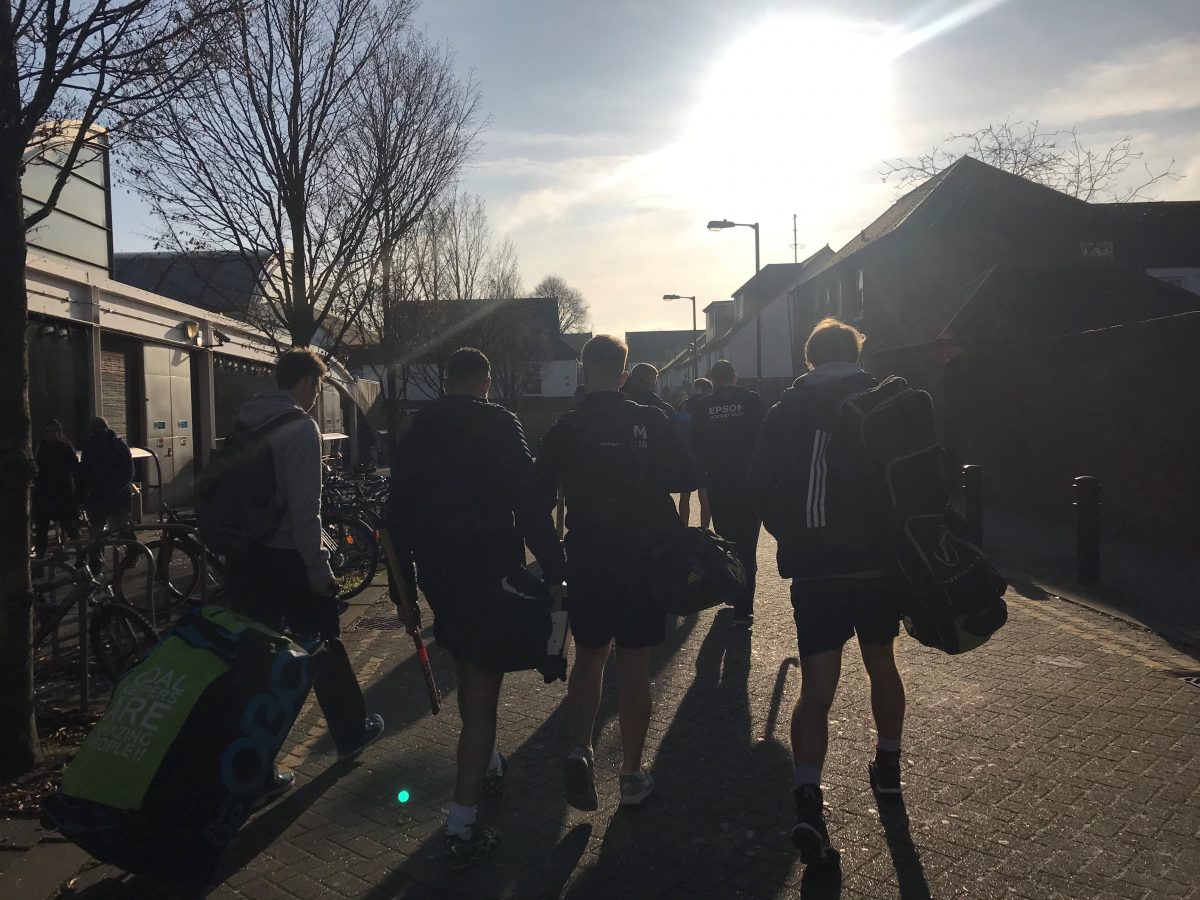 Epsom travelled to Bermondsey to take on London Academicals, a long journey made simple under the expert guidance of travel co-ordinator Alex Bond. This was an important game for both sides heading into the Christmas break but all was put in perspective by a poignant speech and minute’s silence for former Academicals stalwart Deep Bolina, our thoughts are with his family and the club.

London Academicals started very sharply and dominated the opening 10 minutes. Some defensive heroics from Epsom saw Angus Keast, James Hunt and Alex Bond all injured, the latter two for the rest of the game. Having weathered this storm, Epsom won a short corner on 15 minutes and Keast, back on the field, powered home a bullet dragflick for 1-0. Smash and grab of the highest order. Academicals continued to press for the remainder of the half but Epsom slowly started to even things up. Josh Glasford and Keast drew brilliant saves from the Academicals ‘keeper in the run-up to half-time and it was very much in the balance at 1-0 at the break.

The second half followed a similar pattern as Academicals started brightly but Epsom were now looking well organised and were backed up by some more brilliant saves from Andrew Campbell. But a series of Academicals short corners came and went and eventually a low dragflick crept agonisingly through Campbell for 1-1. Epsom immediately engineered a spell of pressure with a smart finish from Adam Barker making it 2-1. Epsom now had their strongest spell with several attacks and some short corners; auxiliary flicker Jake Davies drew another brilliant save from Academicals keeper, before Keast was summoned; his flick was saved but the rebound fell to injector Olly Cross who snapped up his first ever Epsom goal making it 3-1. There were 10 minutes to go and Epsom kept their shape to frustrate Academicals in the final 10 minutes. The visitors won a final short corner with a minute to go, but it was flicked wide and Epsom saw out a big three points.

This was a very brave result achieved effectively with a squad of just 12 from 10 minutes onwards. Ten (very) tired bodies made it out to Clapham Junction on the way home for a few beers! The side have just one game left before Christmas, at home to Blackheath.