Epsom secured fourth place in the Surrey / Hampshire League 1 with a 4-1 home win against Haslemere. Epsom controlled the match from the start and opened the scoring on 10 minutes when a slick move played in Steve Turnbull to slot home his tenth of the season for 1-0. Soon after, Turnbull forced a high turnover and fed James Midmer whose first-time slap-shot crept home for 2-0, at the interval. Epsom emerged strongly after half-time with the half’s first action seeing another turnover play in Will Hunt whose effort was brilliantly cleared off the line by a defender. Soon after, Jack Marfleet’s perseverance played in Midmer to make it 3-0 from close range. It was soon 4-0 as a brilliant solo run from Tom Smith played in the returning Worcester Bawden to clip home. Epsom were well on top at this point and some smart counterattacks created several more chances. Haslemere then came back into it in the final 15 minutes, cutting the deficit to 4-1 with a good attack just before the final whistle. Whilst something of an anticlimax to finish a season on a post-Easter Sunday, this was a strong performance from Epsom which finished off a run of seven wins in nine games. A big thanks to all the spectators who supported in fairly horrid conditions and a full review of the season (with video highlights!) to follow on this channel! 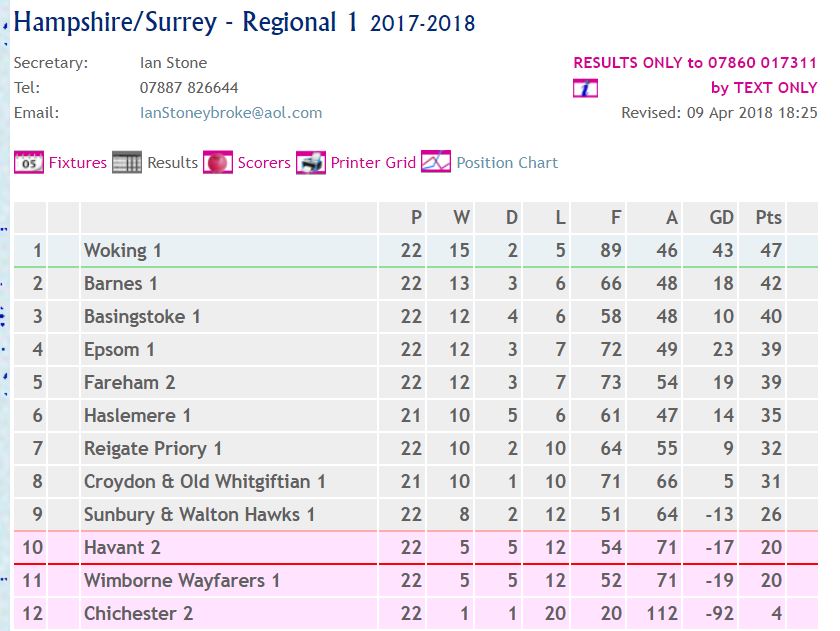