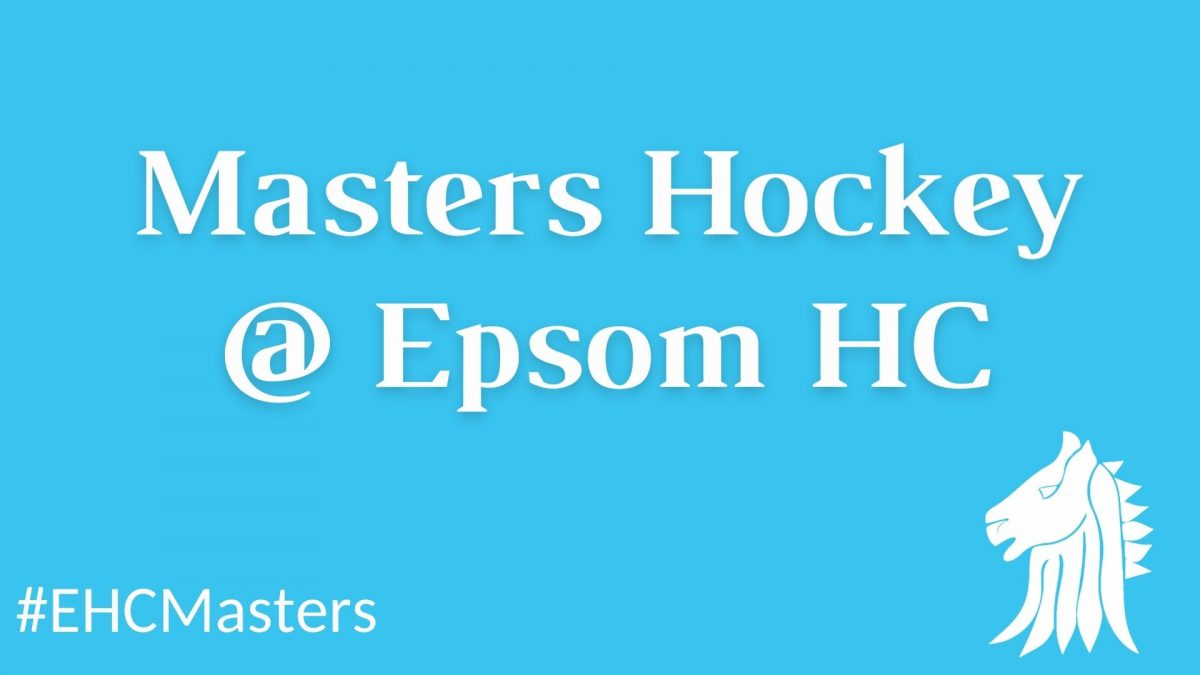 Masters hockey at Epsom HC continues to be successful and this year is no exception. Our more experienced members have been busy in the leagues and cup competitions throughout the season. In addition we have regional and international representation which is fantastic to see. Long may it continue. Read on to find out who has been playing international and regional masters hockey. To clarify, playing hockey is most definitely for life and with it comes a wonderful family, some fantastic mates and a social life to boot. You’re never to old to play hockey and you can start to master it from just 35 years of age!

At international hockey masters level there are regular domestic, European and World Cup tournaments. This year we are proud to have representation at the hockey Masters Home Nations invitational tournaments up in Nottingham (Women 14-16 August, Men 20-22 August 2021).

It was disappointing that last year’s World Cup was cancelled, subsequently we look forward to seeing the Men and Women’s O35s, O45s and O50s in Nottingham (August) and the O45 – O55 Men and O45 – O65 Women in Cape Town (October) 2022. Tokyo plays host to the O60 – O80 Men and, as with the other tournaments, some Spirit of Masters teams. In the spirit of the game, these teams may either be a ‘B’ international team, one from a recognised entity or a team comprising of more than one country (same age category) who require additional players to complete a team. Perhaps we’ll meet up with some old members and hockey family friends from around the world again? Do let us know if you’re playing international masters hockey for any other nations worldwide!

Congratulations to our members representing their country:

Richard Wilson has been selected for Ireland MO50s. Unable to play in Nottingham he will be facing France and Spain in another tournament in September. All the best! Club manager Sarah White has represented England Masters at several age groups but misses out due to injury this year. Keen to help out and see old teammates she has taken on a management role for England WO50s in Nottingham.

Unfortunately the women’s Ireland teams are unable to travel which has seen the introduction of several regional teams to maximise participation and keep the competition in full flow. We’re excited to let you know that Jude King and Claire McNamee will be representing the South WO35s, coached by James Earl-King. In addition, Eloise Ballard retains her place in the English Universities team, also playing at the invitational tournament in Nottingham.

Enjoy your hockey, all the best and have a fantastic tournament everyone! Keen supporters can keep in touch with fixtures and results by heading to the altiusrt website here. In addition, some of the matches will be broadcast by Bee TV – click on through to watch them on YouTube!

We are fortunate enough to have some great players at Epsom HC and continue to have regional representation for South Masters. The format for South hockey will change next season, but we’re proud to report that the following members have played in regional tournaments over the last few months and have certainly given their all. Congratulations to everyone!

As a Club our men currently compete in the London league, we play in local summer leagues, and we regularly enter the England Hockey Masters Cup competitions. We’ve even won it a few times! Most importantly, we are keen to stay involved and play hockey for as long as possible and our masters members look forward to next season. Our women may even field a league team!

The 2020-21 Cup competitions were held in June and July. Epsom HC entered a number of teams including a WO45s one for the first time. It was great to have some of our Back to Hockey members signing up to play! Here’s how this season played out and we look forward to being back at the business end of the competition in 2021-22.

Meanwhile Keith Hall and Richard Milbourn also represented Surrey MO60s in the national club championships. They did us all proud by defeating the Midlands 3-1 in the final and we understand that Richard was awarded the silver stick as top goal scorer. Well played chaps!