Congratulations to our LO35s, winners of the Investec Women’s Over 35s Tier 3 Cup 2019!

“Epsom emphatically defeated Oxford Hawks 5-0 in the Investec Women’s Over 35s T3 Final. Three goals inside ten first-half minutes put Epsom in a commanding position and they looked unstoppable from that point onwards as Oxford struggled to find a way through a resilient defence. An additional two strikes in the second-half from Jude King and Georgina Sydenham, who scored in both halves, added gloss to the score as the team from Surrey lifted the trophy.” (England Hockey)

Our supporters on the day were immense. A huge thank you to everyone who came to watch; for keeping the team going with their loud, constant cheering throughout the match. It meant a lot!

Well done to Captain Claude for steering us through the competition and signing off with a goal in the final.

Thank you to managers Clarkie and Nic for keeping the squad in shape and motivated for each round. This year, the squad have scored 27 goals for with none in reply, no mean feat!

The ladies would like to extend a special thank you to Tim Tennant for umpiring and the endless support from those who have helped with this season’s success. We really do appreciate all you do.

Our LO35s have won the Trophy (now Tier 2) and Tier 3 competitions in the last three seasons. They look forward to defending their title next year! 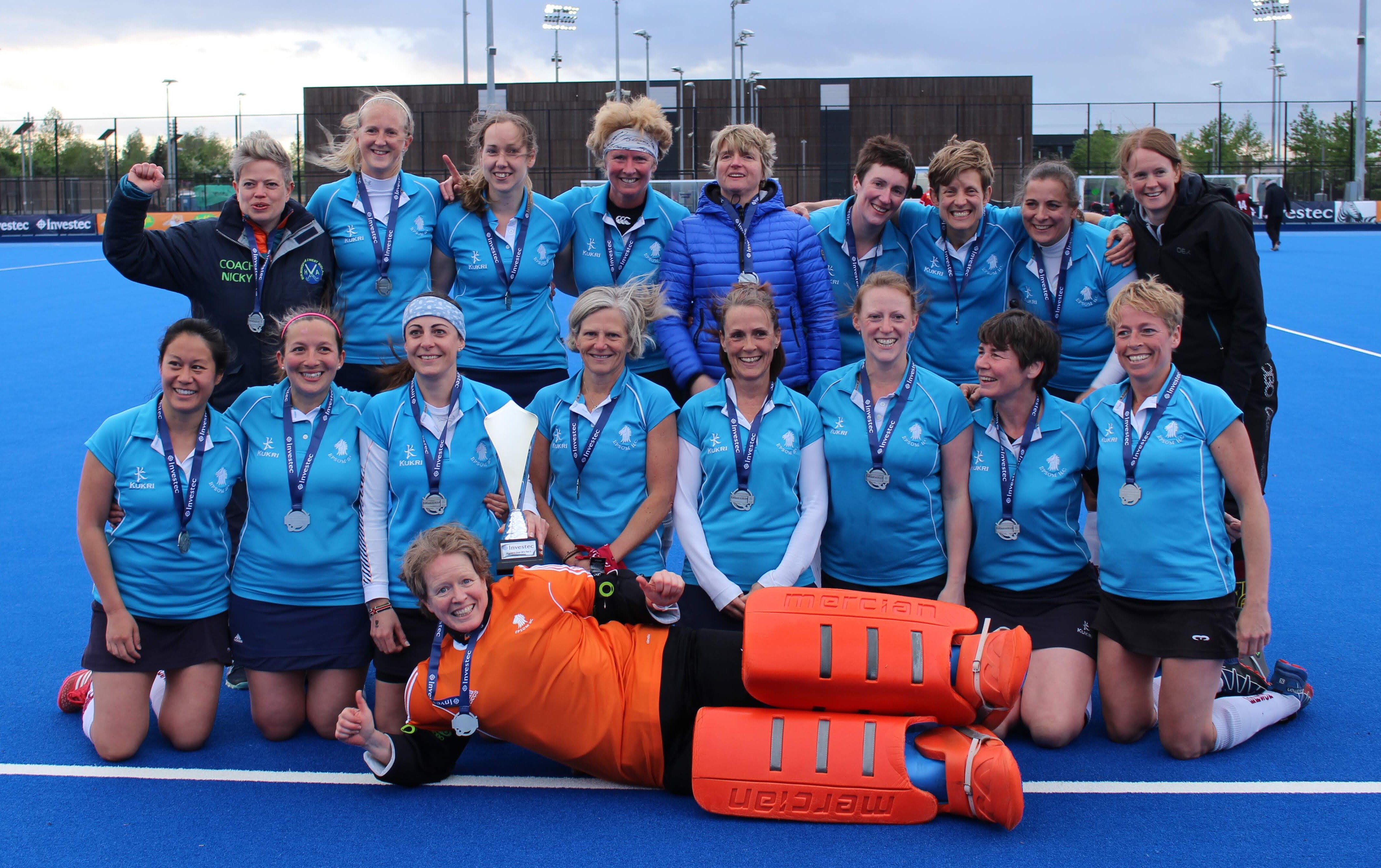