In our Group C we had our first match .v. Chemlsford and as requested the girls came out of the blocks buzzing and despite several near misses we finally got on the scoresheet with goals from Natasha & Laura to win our opening match 2-0.

Next up were Saffron Walden and we knew a good result here would certainly help our winning of the group chances. It was a pleasure to again see the hunger and desire to win the game. This time our forwards made sure we finished well with goals from Ella, Maddy & 2 from Laura. Still rock solid in defence was Leila & Sophie J and Farah making sure that we kept a clean sheet. Also lets not forget our Captain for the day our strong and determined GK Sofia ( Fi Fi ) made sure the instructions kept being given out to the outfielders and when called upon made sure we would not let any goals go against us.

Our final group game was against Teddington and we knew a win here would secure top place in our group and give us a better draw in the Quarter – Final. Again we showed the same level of determination and goals from Sophie B and Ella secured our win 2-0.

This meant that so far a clean sheet and all our forwards in the squad got themselves on the scoring sheet – fantastic result.

So to the Quarter Final which we pitched against Blueharts. We started again with same determination to score and several chances to do so. We also had several short corners to defend so this was so far our toughest test. At the end of 10 mins we were drawn level 0-0 so the match would be decided by a penalty shuffle shoot out. 3 player’s each and then if all level a sudden death. You guessed it after the 3 shuffles taken we were drawn 2-2 with Ella & Natasha scoring and a superb save from Sofia. So to sudden death, Ella scored to keep us in the match still as Blueharts scored first. At 3-3 Sofia then made a tremendous save to leave it up to Natasha to score and take us through to the Semi Finals… She did score, so we were through to the Semi Finals…. what a moment for us all to enjoy.

After an injection of more sugar courtesy of Mr Skittles we braced ourselves for the mighty Sevenoaks in our semi final. We were on Pitch C the one we warmed up on 7 hours earlier. The game lived up to high drama. Laura  gave us the lead which with less than 3 mins to go, which was a huge relief … Desperation from Sevenoaks made them remove their GK and put on a running back. However, we seized the opportunity and Ella made it sure with another goal to give us a 2-0 win. We have made the Final !!!

Due to all of the penalty shuffles from other games this meant our Final was now going to be 9.30pm.We were to face Marlow who had previously beaten Surbiton Swifts in the other Semi Final so we knew it was going to be tough.

We went 1-0 behind from a very tight goal mouth scramble that saw the ball go close to the line but was given as a goal. We recovered and put pressure on 2 back to back short corners when on one of them our attempt did seem to go over the line by all of our supporters but the umpire did not give it. We kept on going but it was becoming even more competitive in the tackle exchanges. We pushed forward more but to no avail and then on the break Marlow scored again to make the final result 2-0.

All the girls were outstanding at the Copper Box and gave it everything and to come home with a Silver Medal, they can feel incredibly proud of themselves.

In addition to our silver medals , Ella was awarded a mini hockey stick from the sponsors for being player of the tournament .. well done Ella. 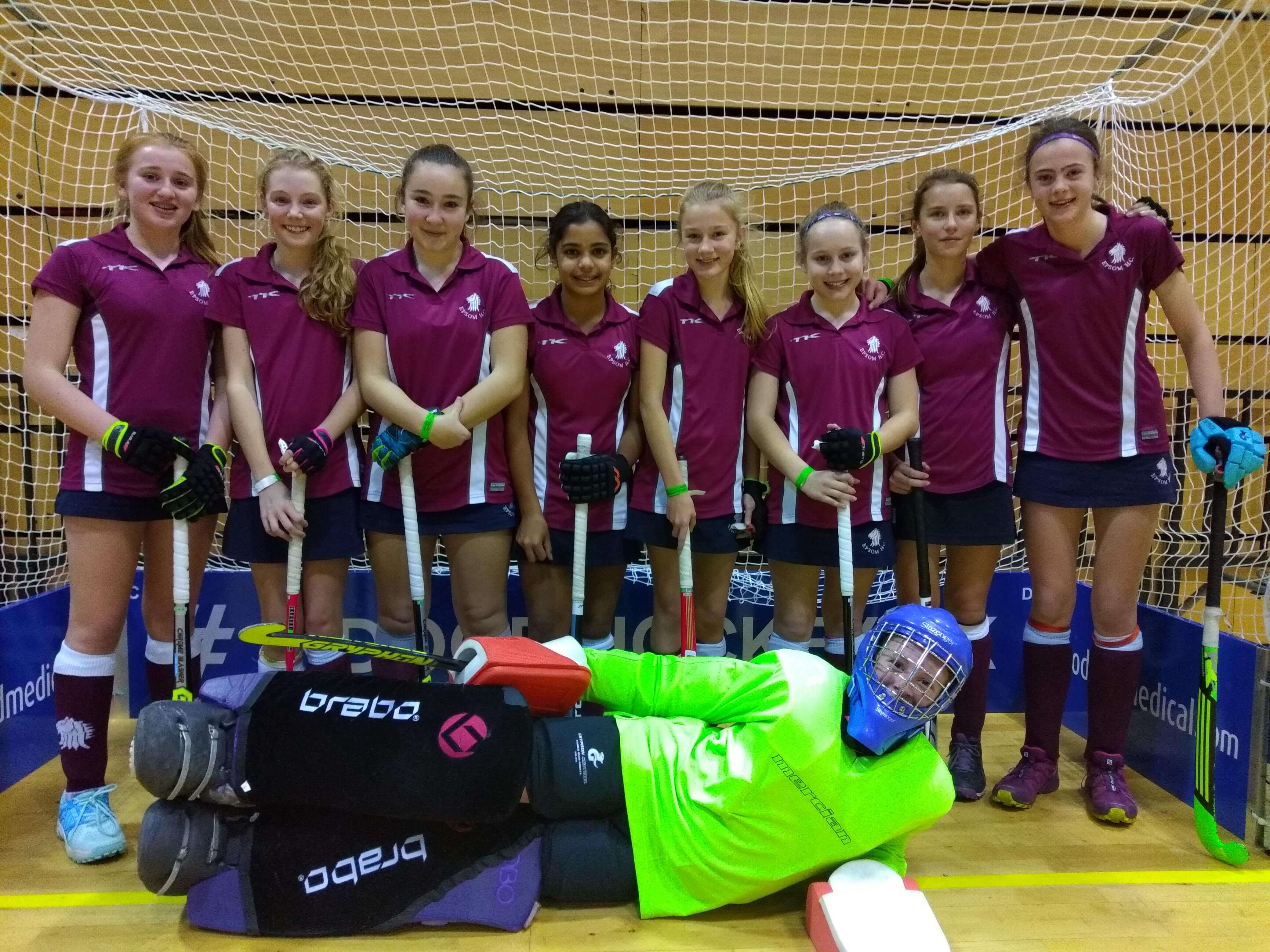