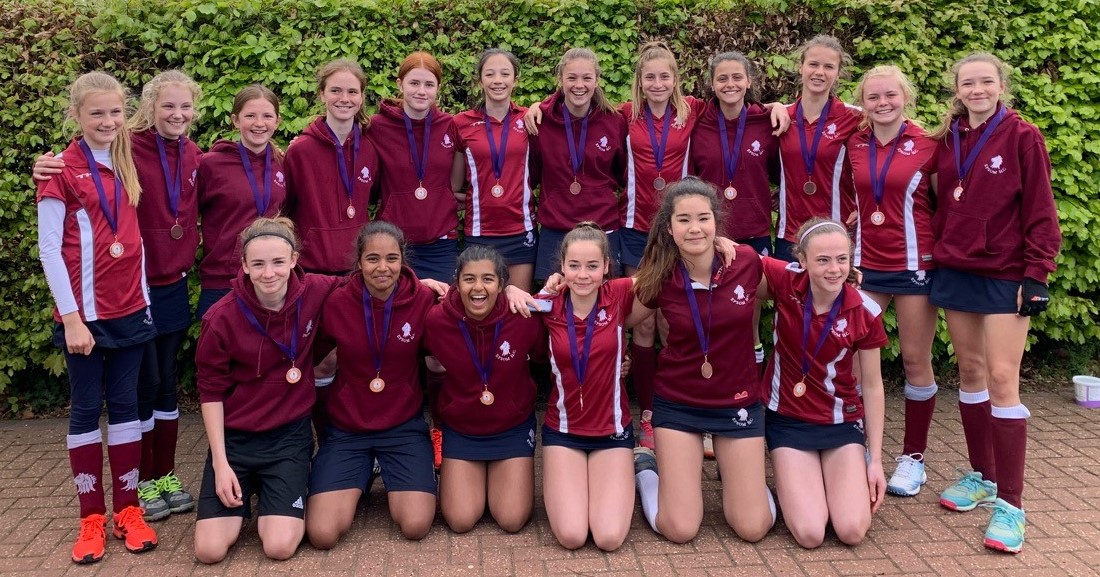 The U14 Girls A team finished their season with Bronze medals at the Home Counties League Play-Offs.

Having won their mini-league with a 100% record and being undefeated all season the were confident going into the semi-final against Oxford Hawks.

However, Oxford were a strong side and put Epsom on the back foot in the first half. 3 goals before the break looked to have Epsom beaten but they responded well and turned the tide pressing high up the pitch. A couple of good chances went begging before Ella Stephens scored to make it 3-1. Despite creating enough chances to have won the game that was to be the final score and Epsom had to settle for the 3rd place match rather than the final.

Epsom got off to a much quicker start against Maidenhead and went a goal up early on when Sophia Clark converted confidently from the penalty spot after a foot on the line.

Ella Stephens scored a great second to put Epsom in charge but it was soon 2-1 as the game was still in the balance.

Sophia scored a superb penalty corner flick for her 2nd of the game and Emma Simpson made the final score 4-1 with a determined finish.

A good way to finish an impressive season for a great bunch of girls.

Along with the U12 Girls, U16s Boys and Girls all winning their leagues and the latter only losing in their play-off finals on penalties to take silver, there’s fantastic potential being shown throughout the junior section.